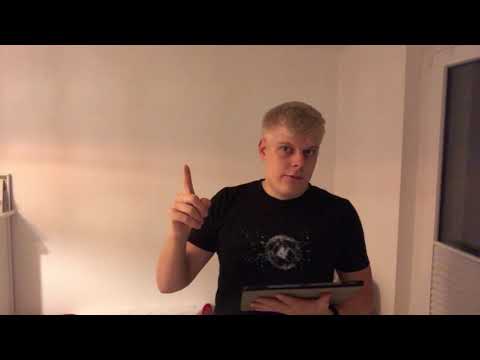 I'm sure that this may have been mentioned or discussed on here previously since now that I know to look, I'm finding a bunch of articles from 2015-2018 referencing Imogen Heap and Ethereum, but I found it pretty interesting and was wondering if anyone else is a fan of her music and is aware of her Mycelia / "creative passport" project.
I recently saw Imogen Heap on her current tour, which was pretty awesome... I've been a fan of both Frou Frou + some of her solo stuff for more than a decade now but had never seen her previously. I was peripherally aware of how much she dabbled in what some people would consider to be fairly cutting edge tech both in her studio recording process as well as her live show ( Mi.Mu gloves are worth checking out - https://www.youtube.com/watch?v=ci-yB6EgVW4 ) She's super chatty in between songs, which occasionally took away from the flow of her set and threw me off for a while at first... until she spent some time discussing how she became interested in blockchain and the concept of smart contracts in particular, complete with multiple name drops of Ethereum. I wasn't expecting it, so it was a cool surprise.
She released a single using Ethereum back in 2015, which was definitely ahead of the curve- I hope that the people who paid 1 eth for the song back then really liked it, since it's kinda similar to the bitcoin pizza scenario, but I would assume that most people who were spending eth way back then did pretty well in the crytpo space. She's more recently been working with a group at Berklee College of Music in Boston as well as some others to develop a concept they're calling "Creative Passport" to essentially store metadata specific to artists and songwriters (to ensure proper songwriting/performance credits and royalties distribution, etc) on a blockchain, as well as use of smart contracts to facilitate digital music purchases, as far as I can tell without doing a real deep dive. I did see one random reference to R-Chain on her Mycelia website, but she only talked about blockchain in relation to Ethereum specifically during the show.
I grew up mainly involved in the punk/hardcore/metal scene, so I don't have much personal interest in the concept of fixing the music industry's obvious issues with paying out royalties, etc. since the bands that I toured & put out records with and even friends in "bigger" bands all viewed it more as a labor of love than a potential means of making a living- but it does seem like Imogen & her team are working toward an ethically solid goal, potentially a very worthy use case for Ethereum that could eventually expose a lot of creative and open-minded people to the tech.
​
A decent article referencing some of what I'm talking about here: https://elevenews.com/2018/06/15/grammy-award-winning-musician-imogen-heap-is-using-ethereum-and-the-harry-potter-musical-to-fund-her-blockchain-project/
Mycelia project website: http://myceliaformusic.org/

I’ve told this story before, but somehow the sales figure “$133.20” has yet to be burnt into the history of Blockchain from now unto the end of time. Webpage version, with working links for all the references.
 Others had already been thinking along blockchain lines. Imogen Heap has been recording through major labels for a couple of decades now, and, in the course of a string of chart albums and Grammy nominations, has experienced quite her share of the music industry’s duplicitous incompetence, and wants something better.
In late 2015, Heap introduced Mycelia, running on the Ethereum blockchain. Her motivation was to cut through the tangle of bad deals and obscure rights the record industry offered. She found herself free of previous deals, and so released her new song “Tiny Human” as the test case. “Its success will come from the adoption of millions of music lovers.” (1) Mycelia worked with Ujo Music, an attempt to automate the back-room disbursement side put together by Ethereum development company ConsenSys, whose Vinay Gupta had first told Heap about smart contracts.
Heap’s explicit goal is to have all music you’ve “bought” (not just hers) behave as spyware: (2)


We know less about what our songs get up to once they’ve left ‘home’. What would I like to read on these postcards from our songs? Well, how many times it was played, by who and where would be a great start.


The last Imogen Heap release with spyware was the 2005 Speak For Yourself CD with Sony’s rootkit malware, an initiative that didn’t go down so well then either.
The press coverage of Heap’s new initiative was vast, and her name is still routinely brought up whenever blockchaining the music industry is mentioned. What I’ve yet to see anyone mention is how well it did in practice. Total sales of “Tiny Human” through Ujo Music on the Ethereum blockchain were … $133.20. Not $133,200 – but one hundred and thirty-three dollars and twenty cents. (3) It literally got more press pieces than sales. It was taken off sale some time in 2016. (4)
It didn’t help that purchasing it was almost impossible for an ordinary human music fan. You went to the page, clicked “Download”, followed the instructions to create an Ethereum wallet, and went off to a Bitcoin exchange to buy bitcoins then exchange those for ether, as ETH wasn’t widely traded directly to dollars at the time. Getting hold of the Bitcoins required you either to send a pile of government identification to an unregulated exchange, deal with crooks or both. Once you’d done all this, you got a download key. The process was also ridiculously glitchy and buggy. “The exact ether amount is a bit of a gamble.” (5)
Ujo Music later posted a rambling nonexcuse for the “Tiny Human” disaster, in which they admitted that they’d only researched what the hell they were doing after they’d done it. As they put it: “we are but a few bright-eyed technologists with a special hammer, looking for the right nail.” (6)
You’d think that at that point Heap would be wishing she’d just put it up on Bandcamp, but she’s still pursuing the blockchain dream and selling others on it, particularly the Featured Artists Coalition, i.e., the stars who did quite well out of the old major label system and would like to keep something that works like that. Never give up!
A record shop needs not to be harder to use than a BitTorrent client. iTunes, Netflix and Spotify made it big by being more convenient than piracy, and there is nothing convenient about dealing with blockchains. For buying music online, Bandcamp has all comers beat for a convenient record shop experience that delights both buyers and sellers, pays 85% to the artist and doesn’t have any use for a blockchain.
1 George Howard. “Imogen Heap’s Mycelia: An Artists’ Approach for a Fair Trade Music Business, Inspired by Blockchain”. Forbes (contributor blog), 17 July 2015.
2 Imogen Heap. “What Blockchain Can Do for the Music Industry”. Demos Quarterly #8, Spring 2016.
3 Screenshot of payouts as of August 2016, uploaded by me 6 November 2016.
4 Screenshot of the Ujo Music purchase page for “Tiny Human” when I clicked “Download” in August 2016.
5 andrewkeys. “Purchase Imogen Heap’s “Tiny Human” with Ether on ConsenSys project, Ujo, the decentralized peer-to-peer music platform!” Reddit /ethereum, 3 October 2015.
6 “Emerging from the Silence”. Ujo Music blog, 29 August 2016.

This is an automatic summary, original reduced by 89%.


The inter-organizational cooperation that blockchain is providing for the fintech sector should inspire these "Collecting societies" to use the technology to create an open global registry if they hope to remain relevant, which would help organize the immense amounts of new music being uploaded every day.
Blockchain has the potential to provide a more quick and seamless experience for anyone involved with creating or interacting with music.
Soon after discovering Ethereum, I dreamt up a music industry ecosystem that I called Mycelia, and used my next musical release - the song Tiny Human - as an excuse to explore the potential of blockchain further.
Organizations like Berklee's Open Music Initiative have managed to gather almost every party under the industry-wide sun to explain why blockchain is at least worth exploring and engaging with.
Now is the time for the music industry to take the long-view look and explore blockchain together with its creatives for the sake of its sanity and future.
The blockchain effect has inspired creatives in the industry that a better future lies ahead. If guided and nurtured in the right ways, blockchain holds the potential to give us a golden age of music not just for its listeners, but for those who make it, too.

This is an automatic summary, original reduced by 79%.


"Especially younger digital natives are more willing to pay a few cents for a music track they favor than to be charged a flat monthly subscription." The research team went on to explain that "Paid content can receive a boost from new, micropayment-based pricing models" that blockchains can enable since today's credit card processing fees make buying a single music track at a time too expensive.
Grammy-nominated British recording artist Imogen Heap has been an outspoken proponent of blockchain technology since early 2015 and released the single "Tiny Human" via the Ethereum blockchain for $0.60 per download last summer.
Although the income from the event was less than encouraging, Heap proved the viability of the technology and went on to found Mycelia for Music, which uses blockchain technology to bring "Fair trade" to the recording industry.
Imogen Heap.The Deloitte report lists five more use cases for blockchains in the Media Industry.
"Monetization options emerge for an increasingly fragmented content inventory." New places that haven't been practical storefronts before, such as a social media page or blog, are now able to sell any type of content with full sales tracking.
Blockchain technology, according to Deloitte, is ideally suited to making the world and the content industry more transparent.

The Default Bitcoin Wallet. TESTED BY HUNDREDS OF THOUSANDS OF USERS FOR MANY YEARS. No ALTERNATIVE HAS MORE STARS ON GOOGLE PLAY. Expect A Massive Upgrade. Mycelium Wallet is great for bitcoiners. We will make it useful for everybody. Not Leaving Mankind Overboard. Bitcoiners know: no matter how hard banks try, a good wallet is still better than any e-banking app. We feel we should invite the ... Bitcoin payment processor: everyone can accept BTC payments online privately and securely with initial setup lasting mere minutes. VISIT WEBSITE. CARD. NETWORK. The most ambitious of Mycelium technologies, the Card network replaces heavily infrastructure dependent global payment networks with a light weight smart card & hub system which needs only a basic internet connection. With scale, Card ... As previously mentioned, Heap was paid in Ethereum for a song she called, namely “Tiny Human” in 2015. While it is not clear as to how many ETH she received, she got it during which ETH was only $1, which is definitely profitable. Based on the claims made, Heap had an incomplete idea of Mycelia a while back. Now, it seems that the project ... With the Mycelium Bitcoin Wallet you can send and receive Bitcoins, Ethereum (ETH) and ERC-20 tokens like Tether USD, USD Coin, HobiToken, Binance USD, Bitfinex LEO, 0x using your mobile phone. The unparalleled cold storage functionality allows you to 100% secure your funds until you are ready to spend them, It has been disclosed that Mycelia for Music will probably launched on the Ethereum blockchain, as Heap was previously tied to ConsenSys’ Ujo Music, which tries to resolve the same issues as Heaps’ and used a comparable platform. Founder of ConsenSys and several other firms, Joseph Lubin strongly believes that blockchain-based music platforms are “orders of magnitude” and is surely to ...