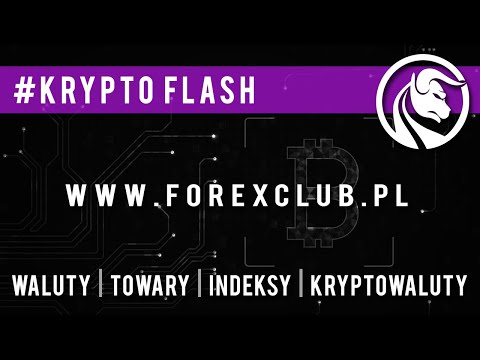 09-19 20:33 - 'Chinese Crypto Czar: Facebook-Led Libra ‘Might Be Unstoppable’ “If we allow Libra come to the market, we would open the underground economic channels,” Mu said. “It will be hard for China to manage foreign curre...' (coindesk.com) by /u/ccellist removed from /r/Bitcoin within 28-38min

Chinese Crypto Czar: Facebook-Led Libra ‘Might Be Unstoppable’ “If we allow Libra come to the market, we would open the underground economic channels,” Mu said. “It will be hard for China to manage foreign currencies and the $50,000 capital outflow cap would be less effective,” Mu said.
Go1dfish undelete link
unreddit undelete link
Author: ccellist

05-10 18:03 - 'lets just elect the mods here to be bitcoin czars. and all the code the network runs can be approved by them. / r/bitcoin is a walled garden and a echo chamber, letting a vocal minority influence bitcoin.' by /u/AnonymousRev removed from /r/Bitcoin within 0-6min

'''
lets just elect the mods here to be bitcoin czars. and all the code the network runs can be approved by them.
/bitcoin is a walled garden and a echo chamber, letting a vocal minority influence bitcoin.
'''
Context Link
Go1dfish undelete link
unreddit undelete link
Author: AnonymousRev

Technology Killed The Government Czar – How The State Is Becoming Obsolete - What role does bitcoin play?

[brainstorming bitcoin scaling] Multiple Czars per Epoch: Is there some way we could better exploit miners' massive petahashes of processing power to find some approaches to massive scaling solutions?

TL;DR: During each 10-minute period, instead of appending a SINGLE block, append MULTIPLE mutually compatible ie non-overlapping blocks (eg, use IBLT to quickly and cheaply prove that the intersection of the sets of UTXOs being used in all these blocks is EMPTY).
 Czar for an Epoch
The Bitcoin protocol involves solving an SHA hashing puzzle at the current mining difficulty to select one "czar" who gets to append their current block to the chain during the current "epoch".[1]
 [1] This suggestive terminology of "czar" and "epoch" comes from the Cornell Bitcoin researchers who recently proposed Bitcoin-NG, where instead of electing a czar-cum-block for the current epoch the network would elect a czar-sans-block for the current epoch. This would drastically reduce the amount of network traffic for the election - but would also require "trusting" that czar in various ways (that he won't double-spend in the block he reveals now after his election, or that he won't become the target for a DDoS).
 Architecturally, it seems that the most obvious bottlenecks in the existing architecture are this single czar and the single block they append to the chain.
What if we could figure out a way to append more blocks faster to the chain, while maintaining its structure?
What if we tried using something like IBLT to elect multiple czars per epoch?
Here's an approach I've been brainstorming, which I know might be totally crazy.
Hopefully some of the experts out there on stuff like IBLT (Inverted Bloom Lookup Tables) and related stuff could weigh in.
What if we elected multiple czars during an epoch - where each czar is incentivized to locally do whatever work they can in order to attempt to minimize the "overlap" (ie, the intersection) of their block (ie, the UTXOs in their block) with any other other blocks being submitted by other "czars" for this "epoch"?
This might work as follows:
https://en.wikipedia.org/wiki/Bloom_filter#The_union_and_intersection_of_sets
The current lone winner: the "SHA longest-zero-prefix lottery" block
Basically, the block which currently wins the lottery could still win the lottery (this is what I was calling the "SHA minimum-length zero-prefix" lottery above) - because it has so many zeros at the front of its SHA hash. Such an "SHA longest-zero-prefix lottery block" could indeed contains UTXOs which conflict with other blocks - but it would override all those other blocks, and be the only "SHA longest-zero-prefix lottery block" appended to the chain for the current epoch.
The additional new winners: multiple "IBLT biggest-non-intersecting BLOCKS" (PLURAL)
Now there could also be a bunch of other blocks (which were not the unique block winning the above SHA lottery - indeed, they might not have to do any SHA hashing at all), for which it has been proven that no other miner is submitting blocks using these same UTXOs (using IBLT to quickly and inexpensively - with low bandwidth - prove this property of non-intersection with the other blocks).
So theoretically many blocks (from many czars) could be appended during an epoch - vastly scaling the system.
Weird beneficial side-effects?
(1) "Mine your own sales"
If you're Starbucks (or some other retailer who wants to use zero-conf) you could set up a system where your customers could submit their transactions directly to you - and then you mine them yourself.
In other words, your customers wouldn't have to even broadcast the transaction from their smartphone - they could just use some kind of near-field communication to transmit the signed transaction to you the vendor, and you the vendor would then broadcast all these transactions to the network - using your better connectivity, where you would normally be 100% certain that nobody else was broadcasting blocks to the network using the same UTXOs - an assumption that would be strengthened if people's smartphone wallet software generally came from reliable sources such as the Google and Apple app stores - and if we as a community discourage programmers from releasing apps which support double-spending =).
This would have the immense benefit of allowing the Starbucks Mining Pool to guarantee that its batch / block of transactions has zero intersection (is mutually disjoint) with all other blocks being mined for that period.
It would also significantly decentralize mining, and align the interests of miners and vendors (since in many cases, a vendor would also want to be a miner - under the slogan "mine your own sales").
(2) "Mine locally, append globally"
If you're on one side of the Great Firewall of China, you could give more preference mining the transactions that are "closest" to you, and give less preference to mining the transactions that are "farthest" from you (in terms of network latency).
This would impose a kind of natural "geo-sharding" on the network, where miners prefer mining the transactions which are "closest" to them.
(3) "Scale naturally"
The throughput of the overall Bitcoin network could probably "scale" very naturally. It might not even matter if we kept the 1 MB block size limit - the system could simply scale by supporting the appending of more and more of these 1 MB blocks faster and faster per 10-minute epoch - as long as the total set of blocks to be appended during the epoch all have mutually disjoint (non-intersecting) sets of UTXOs.
(4) "No IBLT false-negatives means no accidental IBLT double-spends"
IBLTs are probabilistic - ie, they do not provide a 100% safe or guaranteed algorithm for determining if the intersection of two sets contains an element, or is empty.
However, the imperfections in the probabilistic nature of IBLTs are (fortunately) tilted in our favor when it comes to trying to append multiple blocks during the same epoch while preventing double spends.
This is because:
So:
This is exactly the kind of behavior we want.
Bonus if we could figure out a way to harness IBLT hashing the same way we currently harness SHA hashing (eg, have miners increment a "nonce" with each IBLT hash attempt, until all IBLT false positives are eliminated which incorrectly claimed that two blocks had intersecting UTXO sets).

[brainstorming bitcoin scaling] Multiple Czars per Epoch: Is there some way we could better exploit miners' massive petahashes of processing power to find some approaches to massive scaling solutions? /r/btc