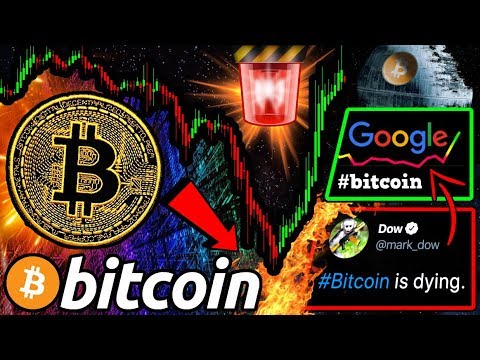 Shorting alts seems to be a much more reasonable and profitable. I don't see why they won't get totally obliterated in a couple of months.

* extra "a" in title, sorry
So all crypto land is going down... question is when. Some think this is imminent, others think it's a couple of months away.
Question is, since all altcoins are quite useless and shitty anyway, wouldn't it be way more profitable to short alts and wait for them to crack for good instead of shorting bitcoin?
I mean, it's quite obvious they're all btc driven, and they also outperform BTC in both gains and losses.
But at least Bitcoin has a leg to stand on, it has stood the test of time and all previous crashes. It has some limited use even and is somewhat accepted as payment. There is a shy BTC ecosystem in place. Everyone and their grandma knows about Bitcoin. So basically it has some sort of underlying value and purpose. It might get @2k or even @1k but it's highly unlikely it will get dumped further. Maybe 500$ lowest. Shorting bitcoin @5-7k range will get you an average of a 4k drop or 70-80% drop.
Now what about alts? LTC, which is a very old coin, dropped from 50$ to almost 1$ after the 2013 bubble. During the dead phase, it averaged 3$, that's 6% of it's 2013 ATH. In comparison, BTC tanked to an average of 250-300, which was 20% of it's ATH. And back in it's days LTC was quite a solid coin, with almost 2? years traded since it's launch. In that time, it was just one of the very few coins in circulation
Basically, BTC got beaten down in 2014 but alts got obliterated.
Now, we have a ridiculous number of alts, all gained because they follow bitcoin. Most were next to 0 prior to the 2017 bubble. They were created, tanked for a while and just went to the moon for no other reason than btc going there. https://coinmarketcap.com/charts/
Remember how terrible the sentiment was past the 2013 bubble and how just about anyone gave up on bitcoin by 2015, which was THE dominant coin by a huge margin. Remember the bearwhale. Why would anyone even think of holding on to irrelevant shitcoins?

Der aktuelle Bitcoin-Kurs (13,025.81 $) im Live-Chart in EUR, USD & CHF im Überblick Bitcoin-Rechner Verfolge den aktuellen Kursverlauf live! In an epic battle, bitcoin believers slayed a $9 million BearWhale on Monday morning. If none of that made sense, here's the skinny: Someone posted a limit order to sell 30,000 bitcoins at $300 ... Aktueller Bitcoin Kurs in Euro mit Chart und Kurshistorie. Preise für 1 BTC auf unterschiedlichen Börsen inklusive Gebühren. Wichtigste Ereignisse in der Kursentwicklung Bitcoin is a distributed, worldwide, decentralized digital money. Bitcoins are issued and managed without any central authority whatsoever: there is no government, company, or bank in charge of Bitcoin. You might be interested in Bitcoin if you like cryptography, distributed peer-to-peer systems, or economics. A large percentage of Bitcoin enthusiasts are libertarians, though people of all ... On this day 4 years ago (Oct 6th 2014), when the price of Bitcoin was near US$330~, an anonymous Bitcoin trader placed an order on Bitstamp to sell 30,000 Bitcoins at $300 (US$9mn). The chart from…

Sawcruhteez Streamz: BitMEX Tutorial 101 - Order book, Depth Chart, Recent Trades & Whale Games - Duration: 19 ... Bitcoin History: The slaying of the BearWhale - Duration: 4:14. Last Juan ... Bitcoin searches up on Google Trends, four reasons the BTC price t... Skip navigation Sign in. Search. Loading... Close. This video is unavailable. Watch Queue Queue. Watch Queue Queue. Remove all ... Take a look at the federal reserves tightening cycle. This is am an important chart to keep an eye on as it shows some of the life of the USD as we enter into these strange times. Impact Media ... THIS IS an INSANE BITCOIN CHART which shows that PUMP IS NOT OVER!!!? Also DavinciJ15's BTC YouTUBE PURGE ESCALATES!!! 💥 _*Bybit FREE $90:*_ https://bybit.co... The BearWhales are controlling the Bitcoin price, and thus the entire crypto markets. They want the price of Bitcoin to keep going down, but the Bitcoin bull...