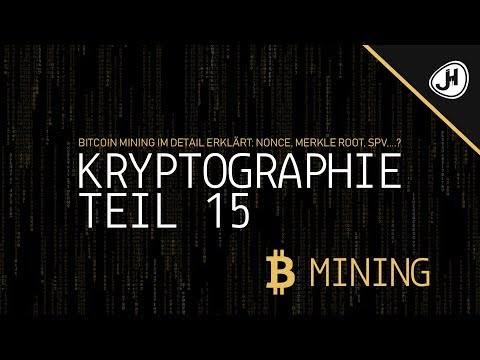 So other than someone going to the extent of `deploying another 0xBTC-like store of value token on Ethereum` or even editing the code to change the reward/block times/ etc etc, which 0xBTC is open source and has had tokens already do before. All exact clones have failed and been rejected by the open free market sprung up around 0xBTC. Unless the token had a different utility. For example: Crypto Pepes- erc721 collectable game on ethereum, using eip918 mineable token standard and erc20 to distribute their collectibles and currency for their game. That being said, the community consensus method is slightly different than traditional BTC and what we've seen before not using hash-power to secure the chain. (although some cool stuff is being looked into on that side of things) So short of all the miners and users/holders decide this token is rendered useless and decide to hash toward a redeployed version of it on Ethereum, Making major changes to 0xBTC will be more difficult than say BTC for example. It would be harder to fork as well, essentially we saw that with other 0xBTC clones for they have all failed. Another option is the vote as a community and bring up topics and discussion especially in the Discord where Infernal_Toast has done well by giving it to the people. If they all voted in a community like discord to redeploy the contract it's self and mine towards that). Hmmm sounds easy enough right? But it wouldn't render the old contract obsolete and the getting the token contract changed on every exchange would be hard and insane so i don't ever seen it happening to be honest, kinda perfect and finished as it is and I don't think we'll ever seen that change.


Does It Has is a unique incentive over other store of value's?

I would say you could point to valid arguments for this especially on Ethereum. I would say the biggest changes i see ever happening to anything surrounding 0xBTC would be more top surface like $SYMBOL or "website" (which we decided as a community to change recently) look for it soon, demo here: https://geoffedup.github.io Another addition or change is "Community Foundations" which the `Unofficial 0xBitcoin Foundation` that exists could be one of many technically, anyone can start one. We're separate from the contract. The contract owns itself and no user can interact with it except to call the mint() function where u use POW to submit solutions and find the golden nonce like BTC even has it's own difficulty adjustment built in which is really fair and well thought out with epoch adjustments halfening just like BTC.

All that being said, i'm writing an article i'll post to the 0xBitcoin Foundation publication you can see here: https://medium.com/0xBTCFoundation About some advantages or disadvantages 0xBTC might have with it's community political incentives compared to other "store of values" & Chances of it being "forked-(aka re-depoyed)". Also what that would take and why it's not practical or even likely. So I will ask again which i hope kinda paints a better understanding of what i'm looking to get for feedback... do you think that gives 0xBTC has a unique advantage or incentive over other "currency tokens"? Also maybe even some stable tokens on ethereum? or even the big daddy BTC -where 0xBTC and all of crypto currency gained it's life force. BTC has had it's political battles and has been tried to be taken down time and time again but it still stands strong and true, Do you see any advantages 0xBTC has over it as a store of value and political community incentives? Also give me any concerns it may have also. Lastly 0xBTC is the only token that aims to be a true asset like BTC- (store of value) that i know of!

Novice, Intermediate or Expert? A Quiz to Test Your Bitcoin Knowledge

A miner can get help from the getting started option of the Golden Nonce mining pool and the FAQ section of the mining pool. The FAQ section contains all the details including how to set up an account on the Nonce pool, selection of software and hardware. Reward systems and fees. In case a miner found any issue he can also check people reviews about the Bitcoin talks for Golden Nonce mining pool. The term golden nonce with Bitcoin mining perspective is a hash value which is lesser than the target. The world evolved from the term golden tickets which are referred to as nonce meeting the mining requirement that existed as early as 8th April 2011. What is Nonce? To explain it in simple words, a nonce is a combination of two words, “n” which means number and “once” which means one ... Toggle navigation Golden Nonce Pool. Guest . Login; Sign Up; Home; Help. Getting Started; About; Other. Login; Sign Up; Terms and Conditions ; Gertting started Getting Started - Bitcoin. In order to start mining you basically need just two things, create an account with our pool and setup your miner. 1. Sign-up for a new account. On the top right corner click on Guest -> Sign Up. Fill the ... The "nonce" in a bitcoin block is a 32-bit (4-byte) field whose value is adjusted by miners so that the hash of the block will be less than or equal to the current target of the network. The rest of the fields may not be changed, as they have a defined meaning. Any change to the block data (such as the nonce) will make the block hash completely different. Since it is believed infeasible to ... In Bitcoin's mining process, the goal is to find a hash below a target number which is calculated based on the difficulty. Proof-of-work in Bitcoin's mining takes an input consists of Merkle Root, timestamp, previous block hash and few other things plus a nonce which is completely random number. If the output results in hash is smaller than the target hash you win the block and the consensus ...