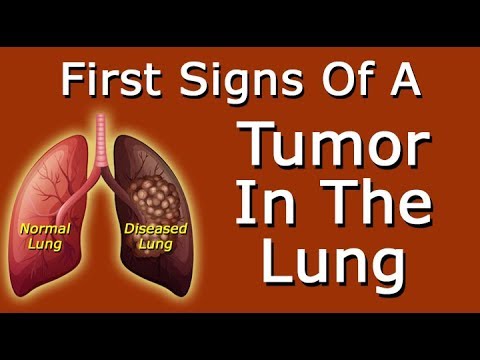 When I was 23 I realized my mom was an N and my reality fell apart. Now 26, I struggle with re-contextualizing my self in the wake of this realization in order to counteract the ill effects it's had on my own behavior and treatment of people.
My behavior towards her changed when I realized this and it made her behavior towards me change. She became far more cruel and usury in a much more deliberate way but being that she moved herself hundreds of miles from me, she turned her abuse on a boy that wasn't even her child but some poor soul she 'rescued'. Which really, she did rescue him from and incredibly dangerous situation, but she had no idea how to care for someone with PTSD and cerebral palsy, or who also happened to be black, Latinx, and gay. She said he was probably gay because he was raped, to other people, in front of him. She made fun of his poofy hair and how much time he spent on it. She jokingly threatened to kill him when he wouldn't put his leg braces on and threatened to not let him see his friends if he didn't go to church. She wouldn't let him watch tv or listen to music because she likes quiet, leaving him to sit in silence, something he did most of the day in his previous abusive environment while he waited to be beaten or raped, and regularly fed him rotten food. She was also charging him rent and for meals at nice restaurants leaving him with just under $80 a month. I found this out in October of this year when I was at her house for a wedding. I went with the intentions of getting past my own hurt and attempting to have fun experiences with my own mother again but those hopes were dashed when I realized what was going on.This was something I couldn't abide though and made me pull the plug. I helped him find legal representation and talked with his friends who were willing to take him in. He's now happy and living with a big family with kids his age and even he says he's sorry I had that woman as a mother.
I was forced into contact with her again in December when my brother went off the rails. He had been staying with friends but when the friends' grandma died they couldn't deal with his constant rambling about bitcoin. Up until I saw him when he arrived at my apartment that's all I thought it was. He hadn't been showering, his teeth were rotting out of his head, he was talking to people who weren't there, completely incoherent, and randomly screaming, crying, and laughing, insisting that he had to tell everyone he was blockchain Jesus and that I shouldn't resist him. Fearing he was a danger to himself and possibly others (he has assaulted people, harmed animals, and destroyed property in the past), I called my local mobile crisis unit and they took him to the mental hospital where he spent a week on risperdol getting care and seemed to be doing better but he's also highly intelligent and was probably just saying what he needed to say to get out. ANYWAY me and my SO spent NYE driving him from NJ to AL to stay with Nmom once he was released because that's where he wanted to go and no one else had the resources to take care of him.
It took a lot out of me to visit him every day in the hospital and to arrange to pick him up and drive him all the way down there. I was chasing zannies with vodka just to get through my work day and take the train to the hospital to see him without breaking down in tears. I wasn't even half-way compensated for the gas alone it took to get him to AL. She turns around and tells him that he didn't need to go to the hospital or take his pills. That I was just being selfish and didn't want him in my apartment. That I'm into demonology and am an agent of Satan (well that's not completely untrue). And has generally been badmouthing me to anyone who will listen.
I've thought about the horrid things she's done and said and wondered if I will have anything left to feel when she dies. I think I'm going to figure that out sooner than I thought because they say whatever she has is in the lymph nodes now and knowing her 3 pack a day habit I'm figuring it must be cancer. They removed half of her lung yesterday and are waiting on a prognosis. I'm feeling a lot of things that are in conflict right now and just need to get this off of my chest.

Merck has been successfully expanding Keytruda's label over the years, the significant being for the first-line lung cancer indication. It is the only anti-PD-1 approved for treating ling cancer ... Nearly 140,000 from chronic pulmonary diseases and 160,000 from lung cancer. Over a global . scope, over six-million people will die in a given year from respiratory disease like pneumonia, COPD ... EBUS-TBNA, a procedure used in the diagnosis and staging of lung cancer, allows physicians to visualize diseased tissue, lymph nodes or lesions beyond the walls of the airways. Samples from parts ... The U.S. Food and Drug Administration approved AstraZeneca Plc's combo treatment for a form of lung cancer in previously untreated patients, the drugmaker said on Monday. [nFWN2BL02K] Re: Nodes found on lung CT? around the time my main symptoms started.. ive been having gland soreness around my underarms and breasts and the entire chest wall is constantly sore.. achey.. all the time. feels like its being squashed. same as my insides.